Subject  and Research announced today that they’re bringing Randomer to Index this February 22 for a long-awaited Dublin return.

The UK techno stalwart has been releasing music for just over 10 years now and cemented his place as one of the leading names in techno over the last 5 or 6 years with his productions always oozing originality, something that a lot of producers struggle to achieve in an age where making music has never been easier or more accessible.

2018 was another big year for him, with releases coming on Dekmantel and his own Headstrong imprint, which he runs with Clouds, as well as delivering a standout performance on Boiler Room at Dekmantel festival back in August.

He’ll be joined on the night by Irish techno sensation Tommy Holohan who’s also coming off the back of a strong 2018 which saw him pack out a stage at Life Festival, go B2B with Stranger at Higher Vision, play a headline show at Corsica Studios, release music on Dax J’s Monnom Black and launch his own Rave Selekts label as well as sharing the bill with some of the biggest names in the history of techno on NYE at Reaktor.

You won’t want to miss out on this.

Join the event page here and pick up tickets here 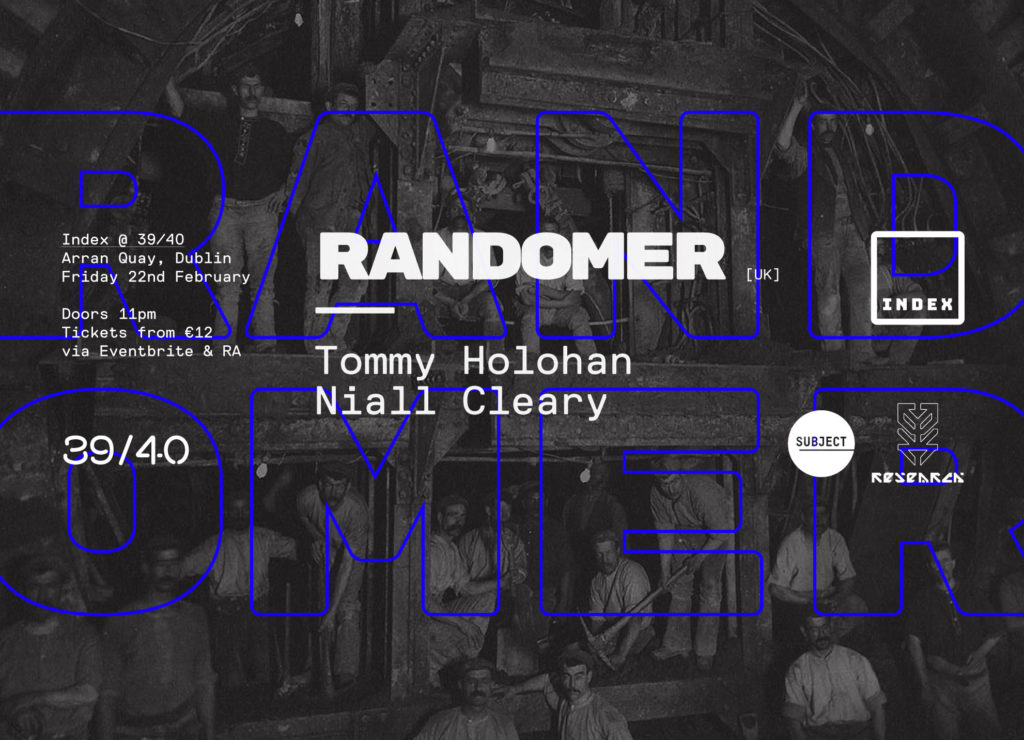