Red Bull Music has for a long time been one of the leading names in pushing things along when it comes to a wide range of alternative music genres. Their recent endeavors in electronic music have definitely been a treat to fans, especially within Ireland, where they most recently hosted the Free Gaff party that featured appearances from Or:la, Mano Le Tough, Mella Dee, Palms Trax, KETTAMA and more.

With that in mind the promotion are taking over a full stage at the upcoming AVA festival, which kicks off right at the beginning of June, and they have just announced who exactly will be manning the decks there across both days of the festival.

A stacked lineup featuring heavy hitters across the board includes Rodhad, Overmono (live), Helena Hauff, Timmy Stewart and more on the Friday, with a more house-orientated lineup on the Sunday that will included lauded selector Hunee as well as Sassy J, Brame & Hamo, Mount Palomar (live) and more. Check out the full lineup below: 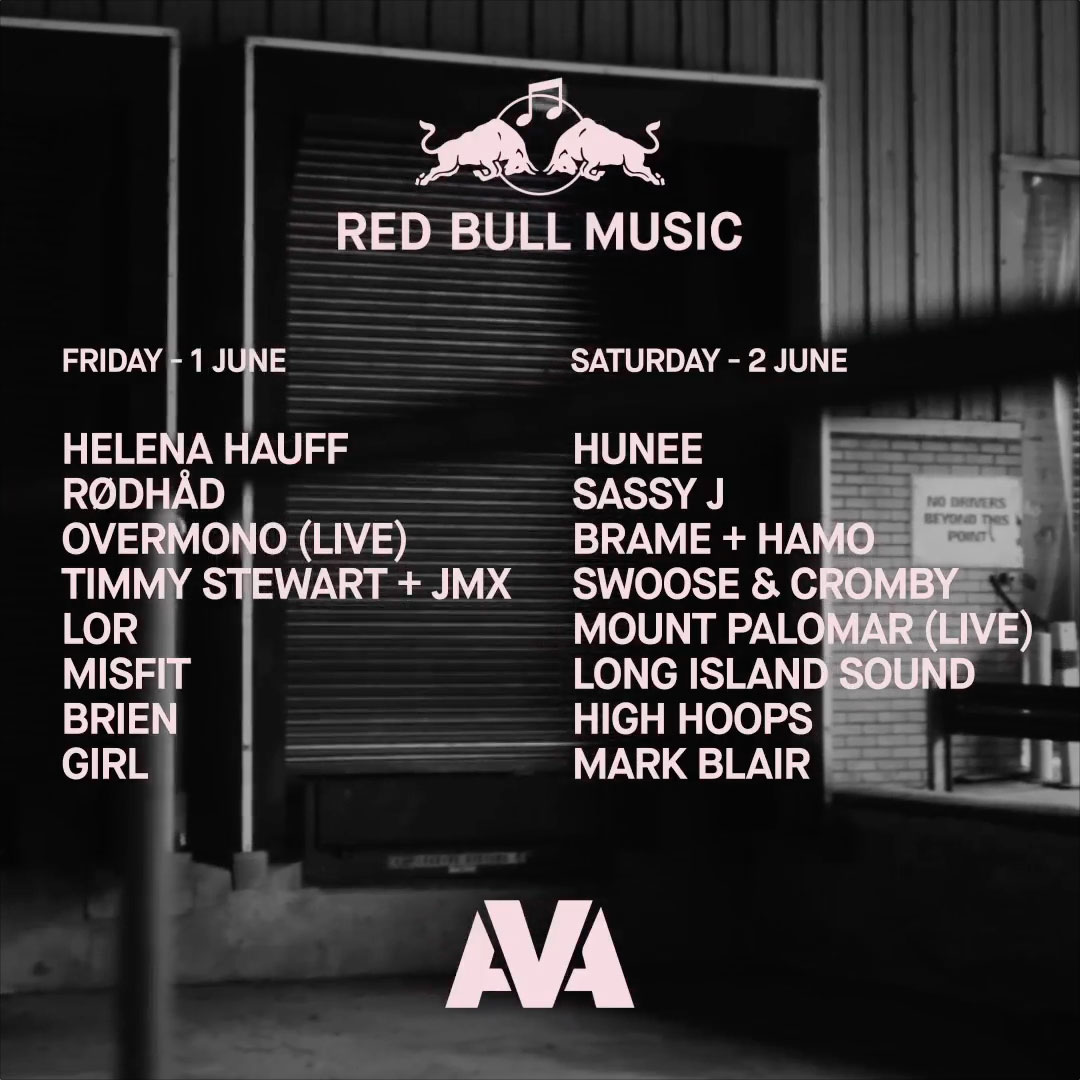 This year’s edition of the festival is shaping up to be huge after the consistent success of previous installments, with the Boiler Room stage there earning an infamous name worldwide thanks to its ever-energetic crowd. This year the Boiler Room stage will be taking place across both days and will see sets from a mix of headliners and local acts, much like the above Red Bull Music stage, which has managed to include some quality up and coming names in Mark Blair, Brien and many more too.

Tickets for AVA are still on sale and you can get your hands on them via their website here.