This weeks edition is most definitely one for the heads as we have the fast-rising, afro-loving, Dublin-based collective Bubblegum joining us to talk tunes…

Bubblegum is a collective like few others in Ireland at the moment. The collective is the brainchild of Inbhir head-honcho Aidan Thompson, Nicholas McIntyre and Josh Kavanagh. It came about as a result of their mutual love of crate-digging for house, italo-disco, zouk and other obscure African soul/disco rarities. 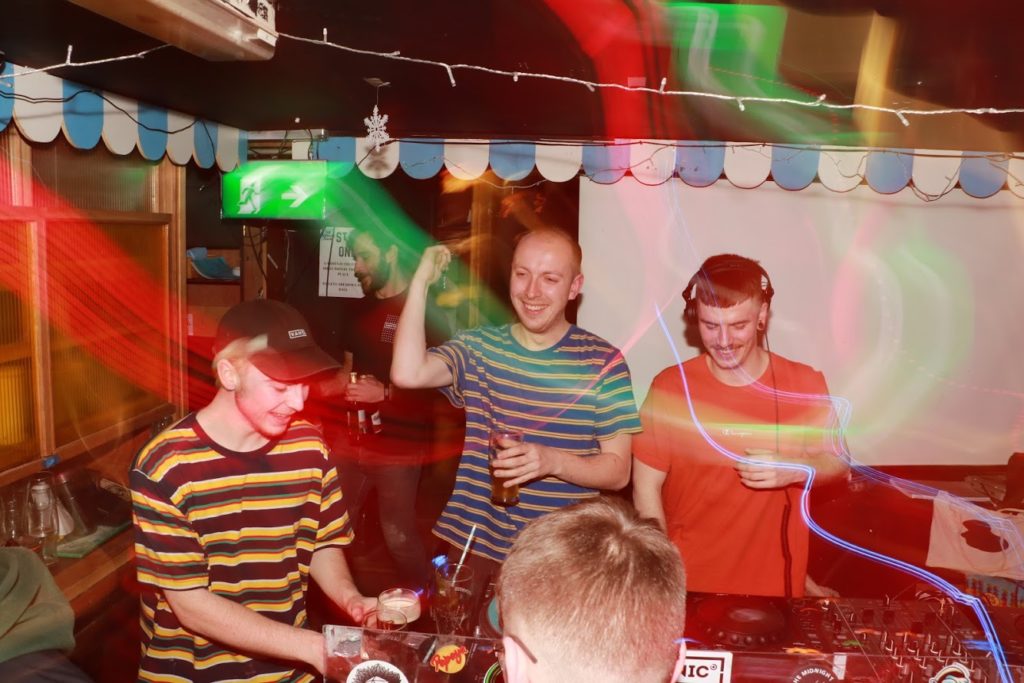 We sat down with them for an in-depth chat about the tunes they’ve had on heavy rotation recently.

Here’s the five tracks they picked out for us!

Nico: We’ve been lucky enough to have played a good few all night sets over the last few months and it’s nice to get the chance to play some of the slower stuff. This instrumental zouk one has been key to the start of most of our sets, pipes like that aren’t often heard around clubs but work so well to open up a room. Really classic zouk drums on it and was only reissued last May on a Club Meduse Compilation so can be picked up cheap enough these days.

Josh: This zouk classic by Jean-Claude Naimro is a staple in our sets at Bubblegum. A peak time track that never fails to deliver with its soft and dreamy lyrics. The flute throughout sets such a nice atmosphere in any room it’s played in, no matter how big or small. Has never left my record bag and won’t be leaving it anytime soon either!

Aidan: The catchy vocals on this one have become known to a wider audience as a result of an insane remix by Masalo but the original is essential for switching up the energy of a dance floor! A big tempo change midway through comes in almost out of the blue and we’ve seen many t-shirts fly across the room when it’s played. A great one to really kick the atmosphere up a notch.

All:  This track usually has the three of us racing to see who plays it first. The perfect transition from zouk to bubblegum, this one is a great tool for our sets but the track in itself is just amazing. Kicking drums and the clarinet on it really make it something special.

All: This is our anthem. We couldn’t make this list and not include a Bubblegum track and this was the obvious choice. Crazy good use of the classic Dx7 harmonica that can be heard in most Bubblegum tracks, coupled with the insanely good bassline and vocals makes for a near perfect track. Hard to believe a track like this was produced in the 80s in South Africa, definitely isn’t hard to dance to though

You can catch them playing an all-day party this Paddy’s Eve in The Bernard Shaw and Paddy’s Day in The Lighthouse, Check their upcoming events here.

If you’ve not been down to one of their parties yet, I’d highly recommend doing so – it’s a vibe.