Despite being one of many that gets sucked into the lo-fi house bubble due to a few down tempo tracks,  Route 8 really isn’t about going down the one route at all. Being one of the rare few to play live house sets, along with mixing it up between various genres within DJ and live sets, along with a variety of production aliases, the Hungarian is much more than another name on the list of artists making murky house music.

He brings his entirely unique show to Hangar tomorrow night as we team up with Codework to showcase more house talent within the confines of Hangar as part of our 12-week residency there. You can get tickets for the show here, or join the Facebook event below.

What’s the difference between your live sets and DJ sets, other than the obvious one! How do you approach a DJ set compared to a live set?

Well actually I try to approach my live set as a DJ set. When I play live, I have all sorts of tracks of mine house, techno, electro and even disco edits ready to jam out so just as with a DJ set the night’s vibe will decide what I will play. I love all kinds of music so if I can I play all sort of stuff no matter if its a live or DJ gig (sometimes I even mix the two). Also thats why I use aliases for my various recordings.

Do you think you can do the same amount of things with a live house set as you could with a live techno set?

Yeah of course. I mean I use the same gears for both of them, although I can say that my techno sets are more random?

When I play hard, I usually just jam with my machines, make something up on the fly, turn the cutoff knob on my 303 clone like a madman, while my house trax are all kinda set up and I just drop in and out different parts (drums, synths, vocals, effects etc…) from them live. 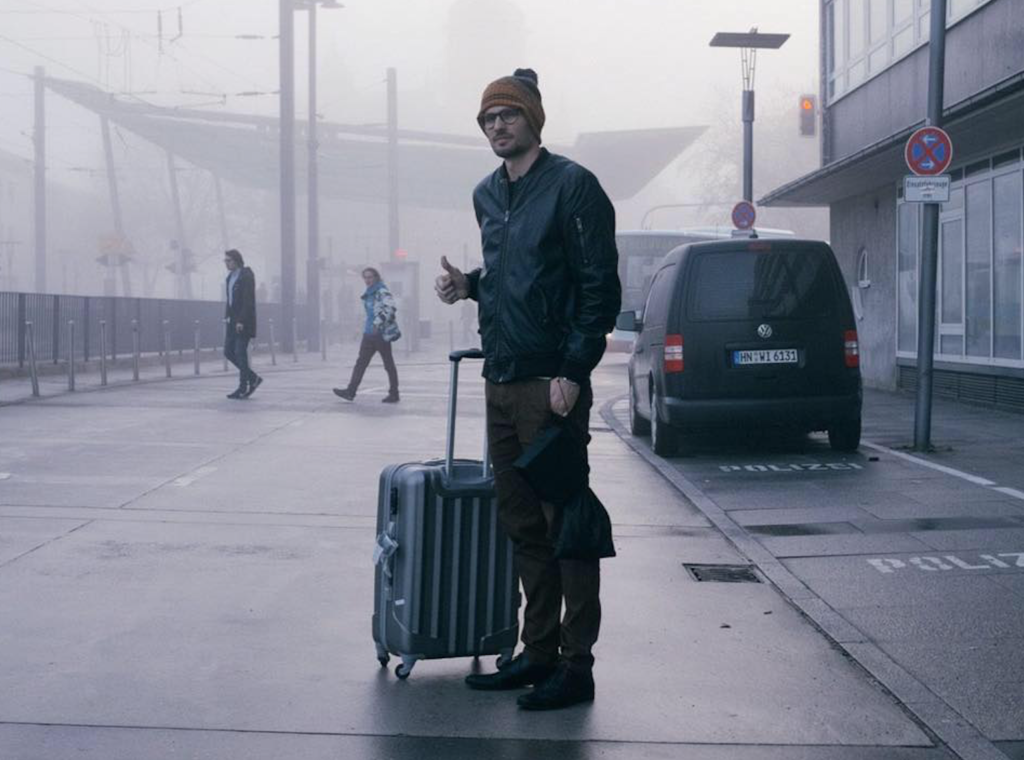 Did the rise of lo-fi house artists like DJ Seinfeld, Ross from Friends & more help you and your sound get more noticed, or did too many people get it mixed up with that distorted lo-fi sound?

To be honest I’m done with the lo-fi sound for a while now but people still think sometimes that I’m a lo-fi only guy. The rise of this particular sound definitely helped a lot of artists (including me) to gain an international attention but if you want to stay in the game you have to move forward. Every 3years there is a genre which drives people mad and these are great opportunities to show the world what you got, but it will die off eventually and not that many artists who rose from these can make a switch. It will be interesting see if Ross From Friends, DJ Seinfeld and the others will manage to come up with something else because lofi is just kinda boring now in my opinion.

Are you getting to explore the cities you’re visiting much? Over the next few weeks you’ll have visited Italy, Ireland, Germany, Finland and France. Do you get time to see much of those cities?

Not that much to be honest which is unfortunate. Like for this Dublin show, I will arrive at 7pm and than leave at 2pm the next day but its fine. I travel a lot and than play in the middle of the night which can be really tiring so I wouldnt have the energy to look around anyway. Thats why sometimes I just go for a whole week with my friends if I want to dig deeper into a city.

How important is Vinyl in your sets? Do you find that using USB only somewhat narrows down your sound – that looking for vinyl opens up you up to more sounds you might not have found online?

Yeah definitely. There are so many amazing track which only came out on vinyl and I love that feeling when you go to a recordshop and found a never heard before fire on an old dusty record. So yeah thats why I play vinyl too during my DJ sets although not that much because I spend all my money on synths not on records haha.

Yourself and Gnork will have both played with Codework in Hangar, and you both kind of emphasise that you make weird sounds! Is that a product of Hungary or where exactly does that ‘weird’ sound and style come from?

Well I think it comes from that we always had a lot of experimental artists here in Hungary. Even I started with some drone music first, than went into a synth-punk band and from there I started making my first Route 8 trax. So I think this experimental thing kinda resonates in our music in a ‘weird’ way. 🙂

Whats the electronic music scene like in Hungary/Budapest, do you get to play there much?

Every month I play at least once in a club called Larm which is the main hub for sweet electronic music here in Budapest. It helped to lot to build a lovely music scene but still I wish we had more Hungarian artists. When Gnork, Imre Kiss, S. Olbricht and I first introduced ourself to the world we were looking forward for more new and exciting names but four years passed and nothing happened really. We have a lot of good DJs which is nice but I hope we can see some new faces production wise too in the near future.