The good people at SafeHaus and FAC Magazine are teaming up to throw a party in Wigwam.

SafeHaus kicked off back in February 2018 with a series of events featuring the likes of Mark Blair, DJ Swagger, Fadi Mohem and an impressive Shall Not Fade showcase with LK and label-head KGW. They’ve managed to achieve a lot in such a short space of time, so to celebrate their first birthday, they’ve decided to bring the focus back on to the residents. 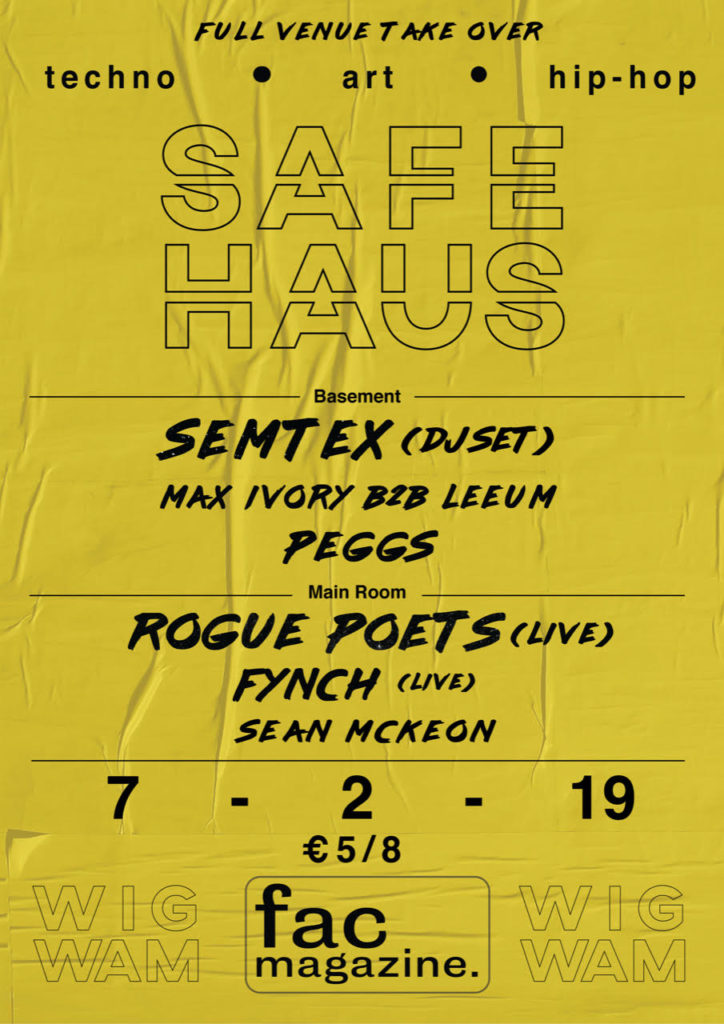 We had a chat with some of the lads behind the collective and they’ve said that the initial idea behind starting the collective was ‘’to bring that house-party vibe to a club setting’’ and that they’ll continue to try bring that inclusive atmosphere to any venue they bring the brand to.

They’ll be joined on the night by their good friends from FAC Magazine who’ll be hosting the upstairs room with a heavy focus on local hip hop artists/culture.