Terminal V is set to return to Edinburgh’s Royal Highland Centre for the second year in a row following an outstanding debut last year with the likes of Adam Beyer, Carl Craig, DVS1 and Kerri Chandler on the lineup.

Last year’s Terminal V boasted 3 stages for the large capacity one-day event in separate warehouse spaces on the grounds of Royal Highland Centre, and it was announced recently that they would return to the same venue on Easter Sunday 2018.

They have now released their first and second wave of acts for next year’s festival, and it’s already looking enormous. Bicep, Rodhad, Pan-Pot, Mall Grab and Kolsch are among the list of all-star names set to play at Terminal V 2018.

You can check out the rest of the lineup below. For more information on the event click here. 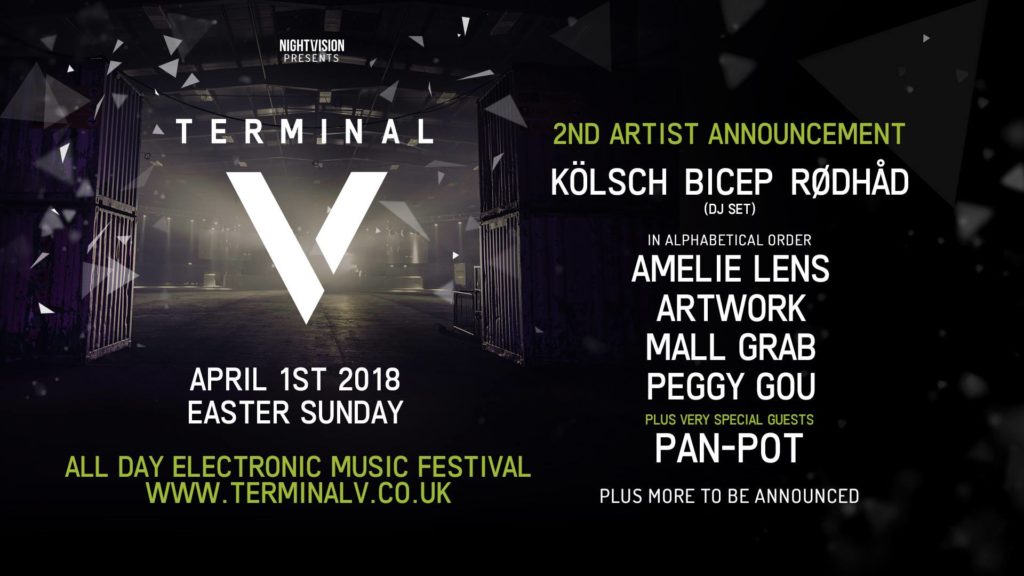