METROPOLIS FESTIVAL RETURNS TO DUBLIN’S RDS AT THE END OF NEXT MONTH WITH THEIR BIGGEST LINEUP YET. ONE OF THE FIRST FESTIVALS OF ITS KIND IN IRELAND, METROPOLIS IS A PREDOMINANTLY INDOOR FESTIVAL WITH A MASSIVE FOCUS ON PRODUCTION AND ARTS, HOSTING SOME OF THE BEST LIVE ACTS AND DJS THAT THE WORLD HAS TO OFFER.

Last week it was announced that to the delight of house music fans, Mall Grab and Denis Sulta would perform at this year’s Metropolis, joining the likes of Richie Hawtin, Adam Beyer, Leftfield and Laurent Garnier.

With less than four weeks to go, the festival is now looking bigger than ever. Today Metropolis have treated us to the site-map, as well as letting us know the stages that everyone will be playing on.  You can check it out below.

For people who can’t wait until Metropolis, New Jackson and DJ Deece will play a special B2B set tomorrow night as Metropolis and Red Bull Music Academy team up with District Magazine. For details on the gig click here. 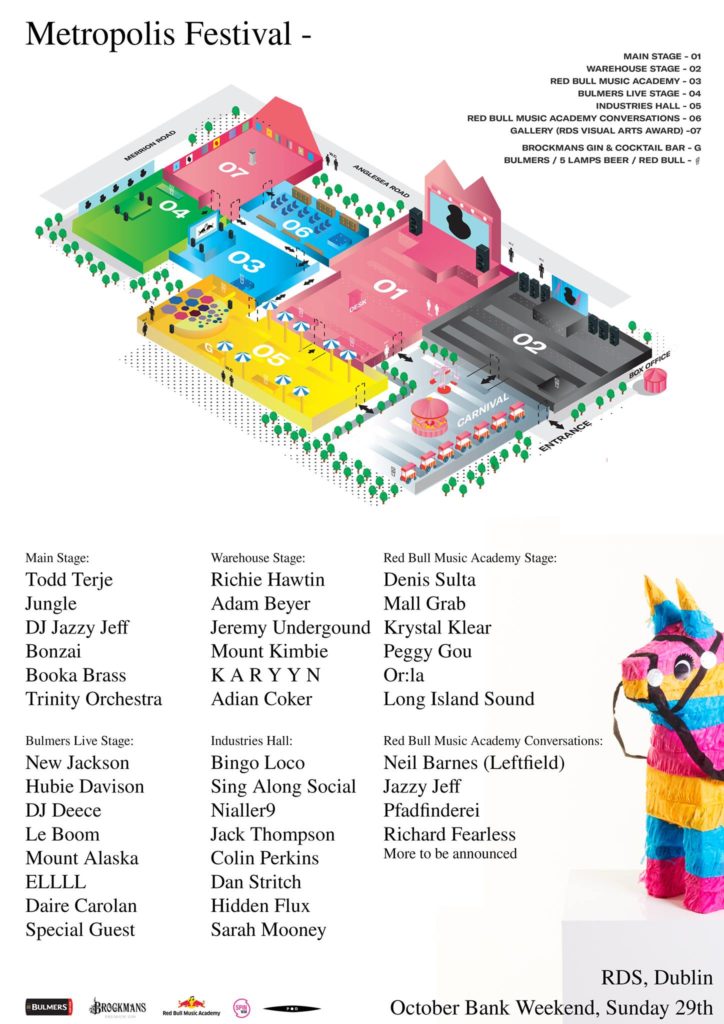