Rebekah is back with the Soma label family, and she’s brought a new EP with her. The new EP, entitled ‘Enigma’, is indicative of the DJ and producer herself and her hard to define, unique style.

With the EP due for release on July 2, the dynamic DJ and producer has been killing it the past year with in-your-face techno that’s cultivated plenty of praise and following since the release of her debut EP ‘Elements’ with Soma. In just one year, she’s managed to tour her furious techno sounds around the world with regular impressive club and festival sets.

The new EP keeps up with her past exploration of tougher sonic territories, with the first track and similarly named ‘Enigma’ making for a strong start to the EP  and with her ferocious techno energy apparent from the very start, along with thought out percussion propelling the song into more layered and intricate aspects like the rhythms she cultivates and her slowly creeping synths.

Rebekah will appear at Boxed Off Festival taking place Saturday September 29, where she will performing a B2B hybrid set with the like minded Paula Temple, a tour in which they kicked off at last years Exit Festival and have since extended to several cities around the world. 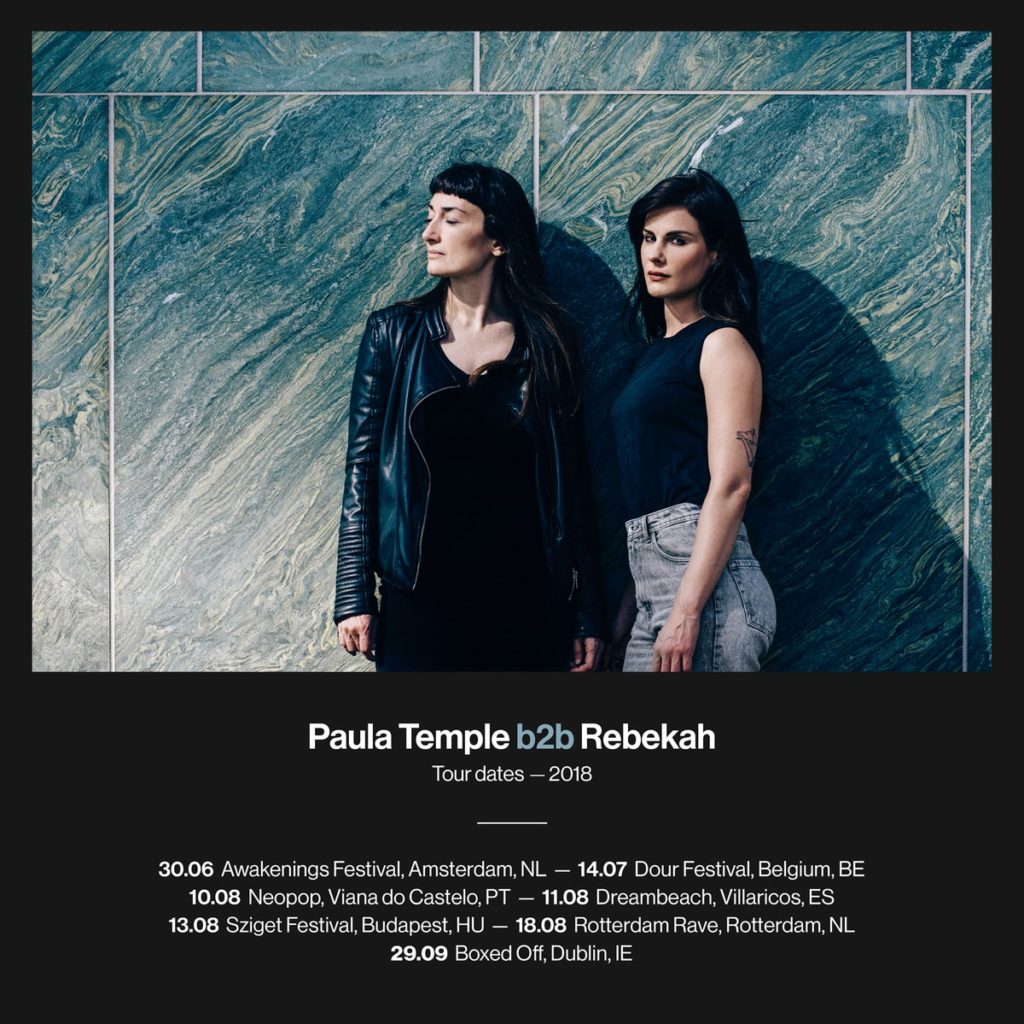