In 2016 an independent music charity named Help Musicians UK began a study titled Music and Depression which involved a survey with over 2,200 participants, all of which were musicians. It’s a well known fact that depression effects many in the music industry, but the conclusion of the study was that if you are a musician you are three times more likely to be depressed.

The survey which consisted of 2,211 participants, 55.2%of which were male, and 43.9% of which were female. The largest group of respondents described themselves as musicians (39%) and worked across a wide variety of genres. Other profession included were DJs, live crews and music management.

The study also went on the try and dig into the finer details by interviewing 26 musicians individually. The 26 musicians were asked about their experiences working in the industry and how they understood these impacted on their mental health and well-being.

“Concerns about money were a constant theme in the conversations with musicians,” the report said. “Some emerging artists are working one or more jobs in order to not only survive, but also to subsidise their music making. As a result, some respondents said they couldn’t plan their lives or futures as they’d like, and spoke about a creeping sense of self-doubt when they saw peers achieving life goals such as buying a house, getting married or going on holiday.” 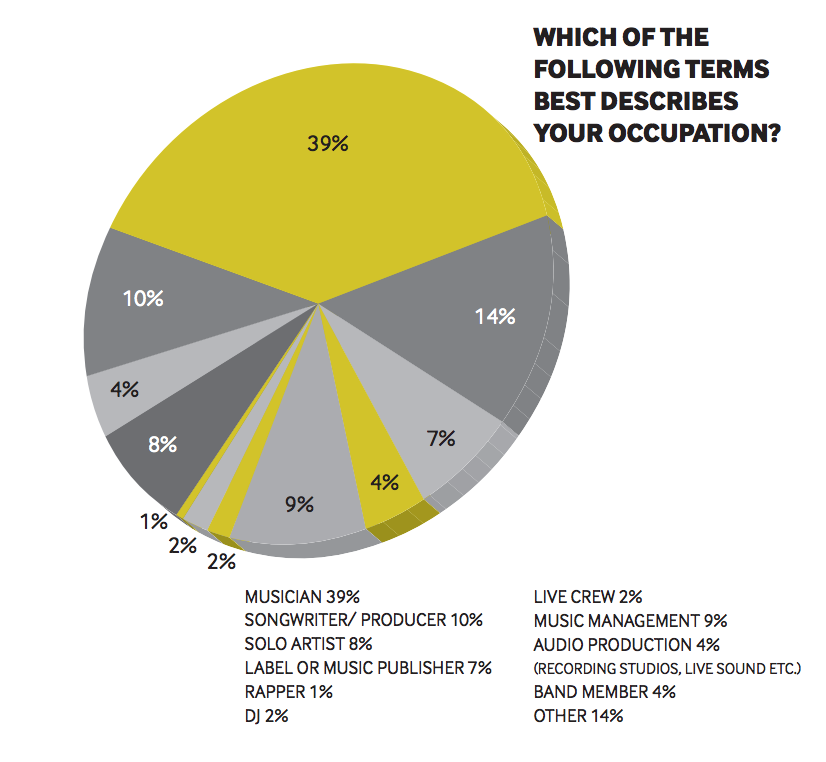 The second indication of these early, preliminary findings suggest that while artists find solace in the production of music, working in the music industry might indeed be making musicians sick, or at least contributing towards their levels of mental ill-health.

Respondents attributed this to a variety of reasons including:

The final finding was that the majority of respondents felt underserved by available help and feel that there are gaps in existing provision. 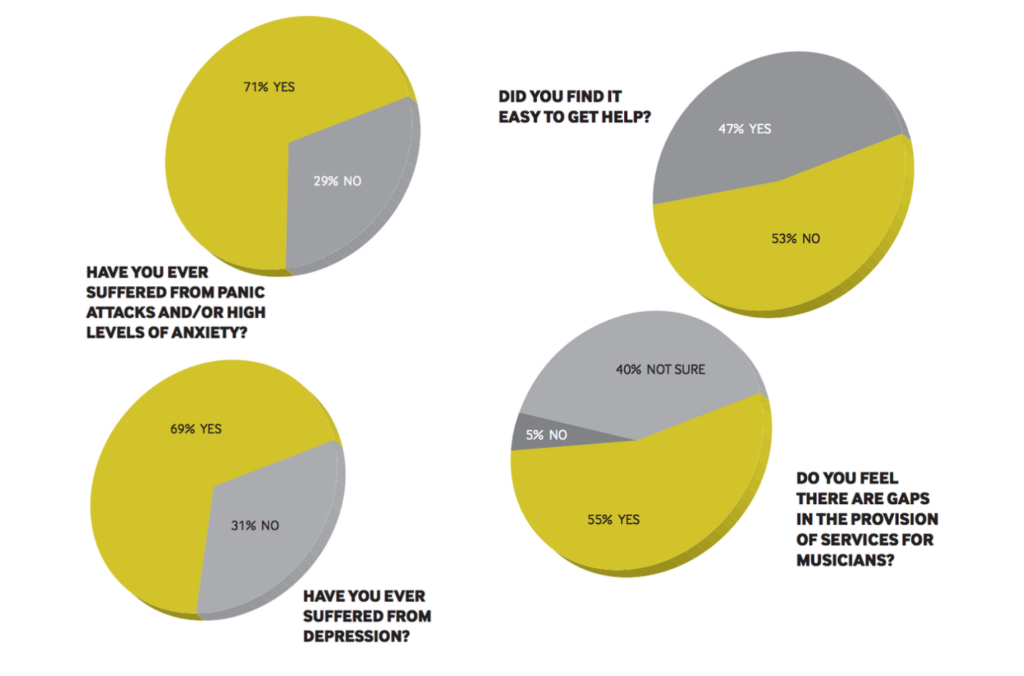 All info gathered from : MAD – Music and Depression