Many of you will be familiar with Dublin collective Subject. Known for their massive shows down through the years in the likes of POD, The Grand Social, Button Factory, District 8, Index and of course, the sorely missed Twisted Pepper as well of hosting some of what are now the biggest acts in the world including Jeff Mills, Dave Clarke, Ben Klock and Motor City Drum Ensemble.

Not all of the event details are released yet but you can find some on the Subject Facebook page. 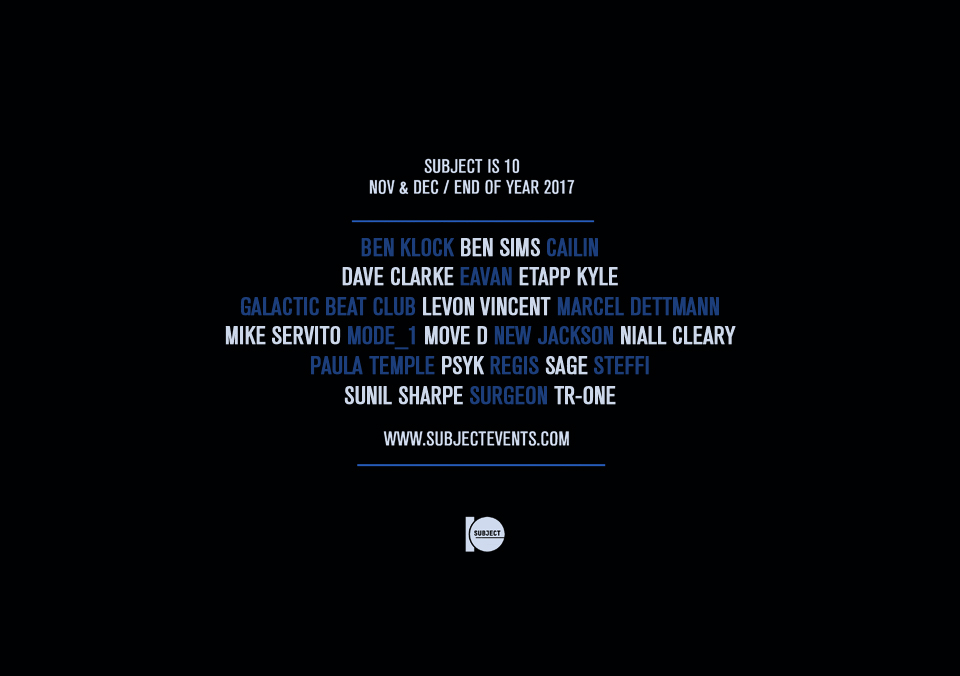