Seasonal Limerick brand Subtech made it’s return to Habitat in Limerick for it’s first headline show in the club since April a few weeks ago with Jeremy Underground headlining. Entering it’s third year running this month the name has grown massively since it’s first show. With previous acts also including Mall Grab, Dax J, Denis Sulta, Randomer, DeFeKT and Ejeca, Subtech are no strangers to booking names for their midweek shows.

This Tuesday Subtech will celebrate their second birthday with a perfect lineup of homegrown techno talent. Sunil Sharpe and DeFeKT will headline the celebration with Sunil playing a DJ set and DeFeKT bringing his huge live set back to Limerick. DIEnight resident and Subtech regular Maedbh O’Connor also plays on the night.

Ticket are on sale for only €10 at the moment. For more information click here. 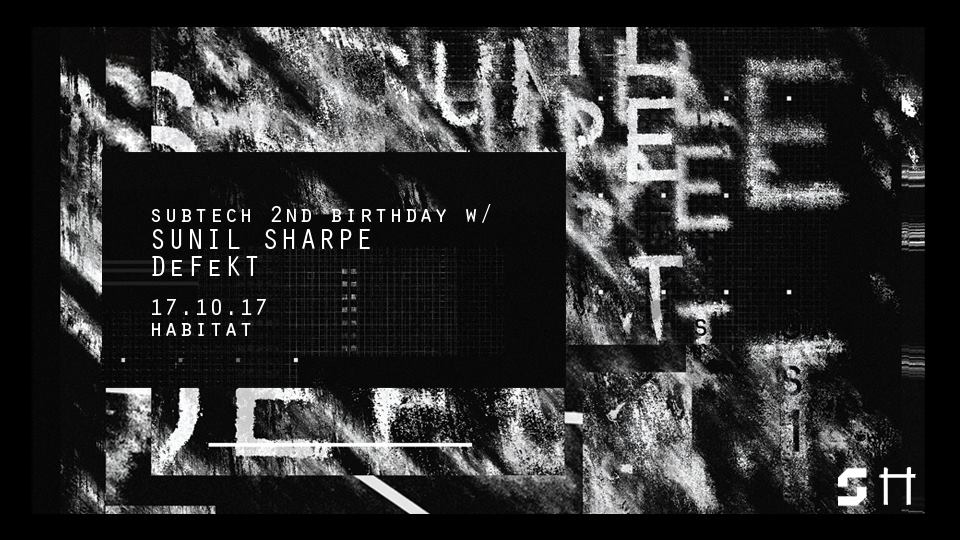 It’s clear that Subtech have become know for the variety in their lineups and for catering to different crowds. We’ve seen techno lineups including the likes of Dax J, Randomer and DeFeKT as well as big house lineups including that triple header lineup we previously wrote about with Denis Sulta, Mall Grab and Brame & Hamo all on the one lineup.

Since moving to the recently opened Habitat club in January the night has hosted some of the biggest Limerick gigs in years. Previously The Trinity Rooms and Crush 87, Habitat opened at the end of last year under new ownership with a completely new layout including a brand new Funktion One system installed and an insane lighting system. With it’s huge dancefloor and low ceiling the venue is set to make waves across the whole country.