Three years of Belfast Saturday nights with The Night Institute

The Night Institute is a club night unlike most others. It was the brainchild of Belfast’s Timmy Stewart and Jordan McCuaig and has been running on a weekly basis, every Saturday for the last three and a half years. Timmy and Jordan are also considered to be two of Belfast’s top selectors as well being established producers with a catalogue of successful releases under their respective belts.

I caught up with the pair to discuss the history of The Night Institute including the highs, the lows, the atmosphere, the community and the importance the party had to so many of Belfast’s club-goers. 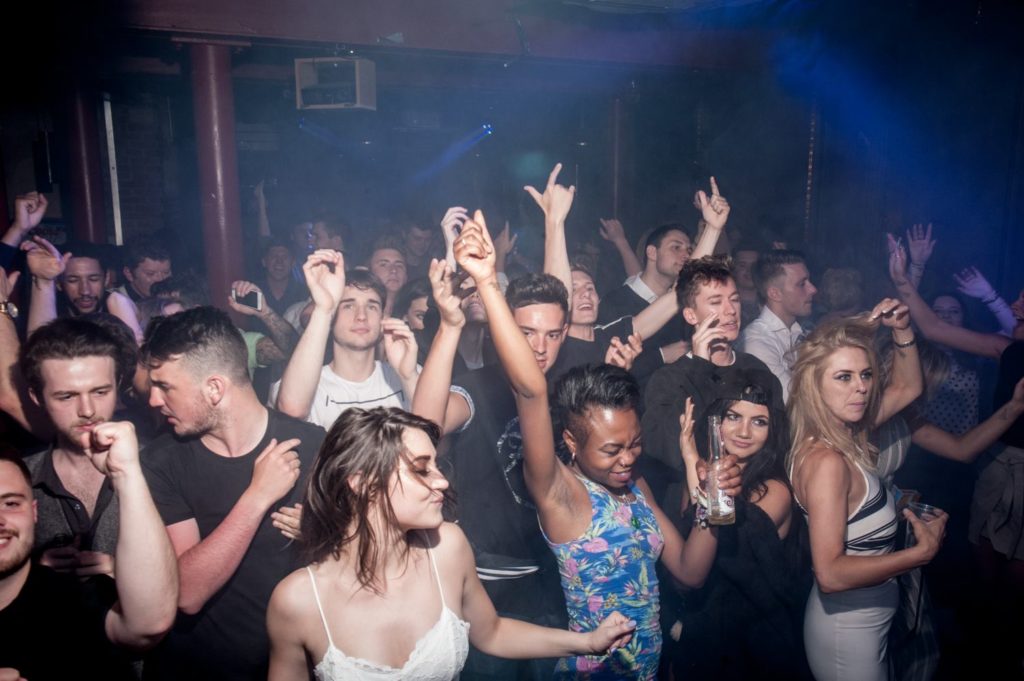 I asked them how the idea for ‘The Night Institute’ came about and why they felt the need to start their own night, to which Jordan replied “It was originally started due to the over-saturation of guest led parties with huge door prices”.

He went on to explain how they wanted to provide an affordable space for the people of Belfast to be able to go out and party on a weekly basis.

The Night Institute has always been about the community and and have never hinged their success on booking big acts, but instead on creating a family vibe that was built around the crowd. Timmy mentions how perhaps the most special part of the night for him is how they’ve never depended on the big names to keep them moving.

Jordan joins in to say that although it was himself and Timmy that would be playing almost every weekend, it was never about putting focus on the residents but that ”the residents were essential to the consistency”. He goes on to explain how ”you might hear Madonna at the end of the night, but you’ll have probably heard 3 hours of new, old and unreleased music that you may have never heard before that” and how they were always very cautious and selective about handing the vibe over to someone else.

From time-to-time however, the pair would bring in guest DJs as a thank you to the punters. And although there weren’t that many over the three and half years, there were some spectacular ones including; Maurice Fulton, Gerd Janson, Krystal Klear and Denis Sulta as well giving Belfast debuts to some big artists like Octave One, Mike Dunn, Paul Johnson, Moxie, Harvey Sutherland and Kornel Kovacs.

They also played host to a number of Irish guests such as Bobby Analog, Queen & Disco, Holly Lester and Colin Perkins. 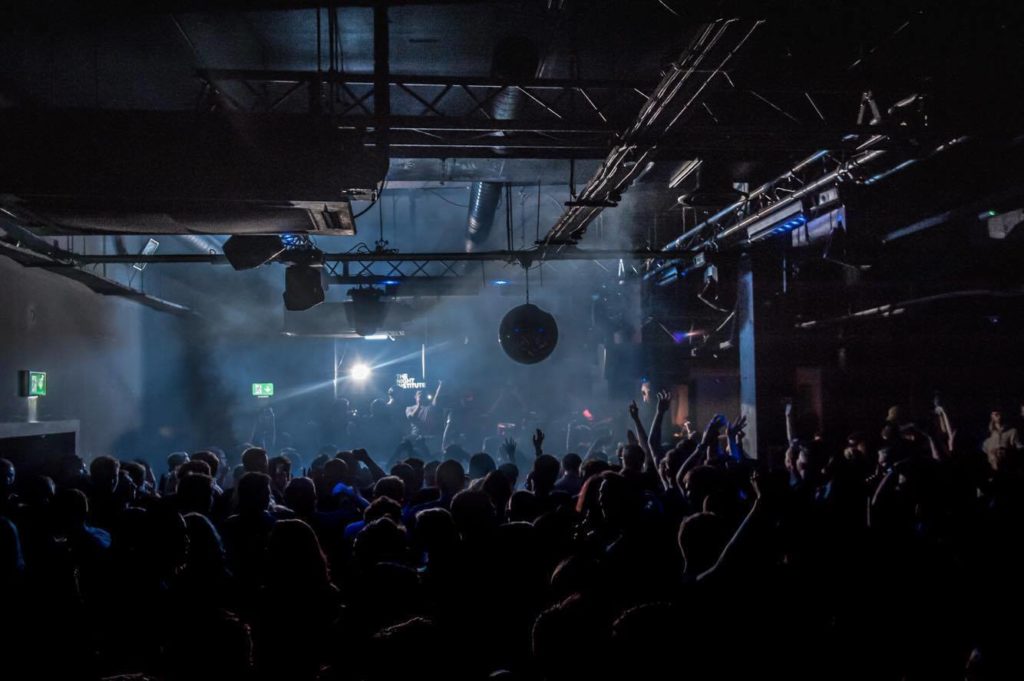 The Night Institute ran its first events in Aether which they described as a makeshift, D.I.Y venue with a pretty average sound-system but that it had a special vibe similar to that of a big house party.

The night was then moved into Foundry, now known as The Palm House.

Timmy reckons that their early days at Foundry is probably his ”favourite chapter of TNI” and Jordan tells me how it was a great space with excellent sound and somehow managed to retain that intimate feel even though it was such a big space into which they regularly packed about 500 attendees just to see residents. They both go on to mention how their love for Foundry changed as a result of the venue adding in a stage and ultimately changing the vibe/atmosphere of the parties.

They eventually moved TNI into The Art Department where they spent the rest of their time running the weekly parties. Jordan chimes in to say that the move to The Art Department brought back that inclusive, house party vibe that they once had in the Aether days and that while they were there, they co-ordinated the sound and the lights and that Timmy even designed the caging in the venue. 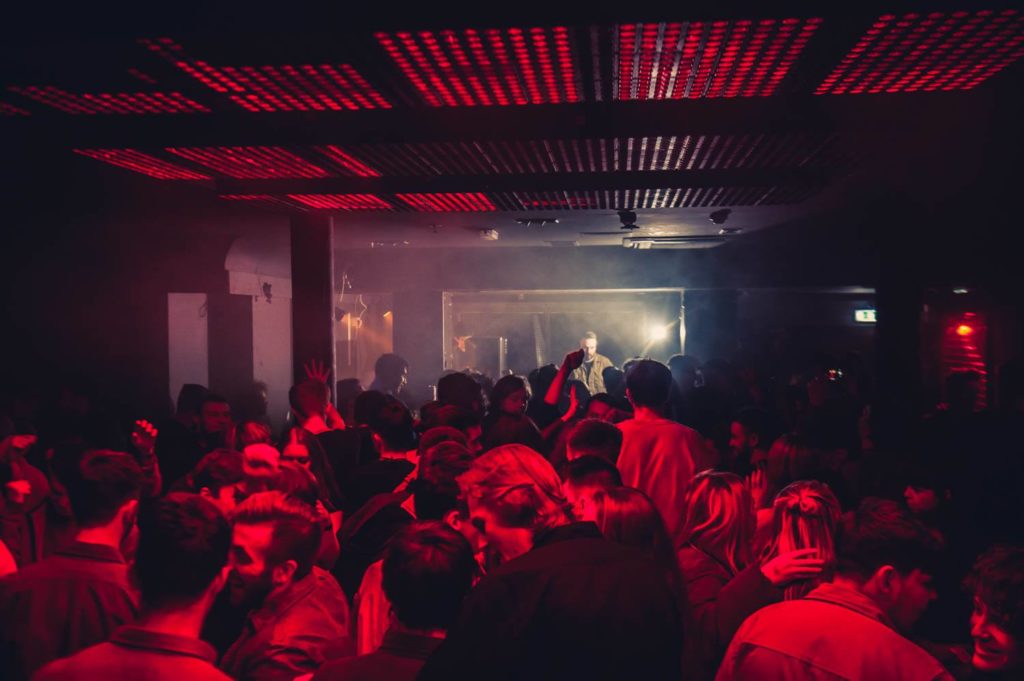 We went on to discuss some of the lower points and the hardships of committing yourself to a weekly club-night as there’s not many collectives who manage to operate on a weekly basis for so long and still come out on top. It’s hard to think of many in Ireland that have, other than The Night Institute and Techno & Cans.

“We’re both DJs first and with a weekly, we had to have our promoter hats on a lot.”

Timmy talks about all the studio time he’s missed out on over the last three years before Jordan cuts across and remarks “He says after a four part series of sell-out records”. He quickly responds “and I’d like to make more of them”.

After a few laughs Timmy gets back to the issues with running a weekly club night, saying how they are both DJs first and that by running TNI, they had to have their ‘promoter hats’ on a lot. Jordan mentions how on top of organising the night and ensuring everything goes well, that they were also preparing 5 hours of music each week, which in itself was extremely time consuming and that as self confessed perfectionists, was always something they needed to get right. On top of all this, they were putting a lot of time into promo work and keeping an eye on the door while also trying to read the dance-floor.

He jokes about the many near breakdowns he’s had during the nights and Timmy jumps in to say “I’ve definitely got a lot more grey hairs because of him”. 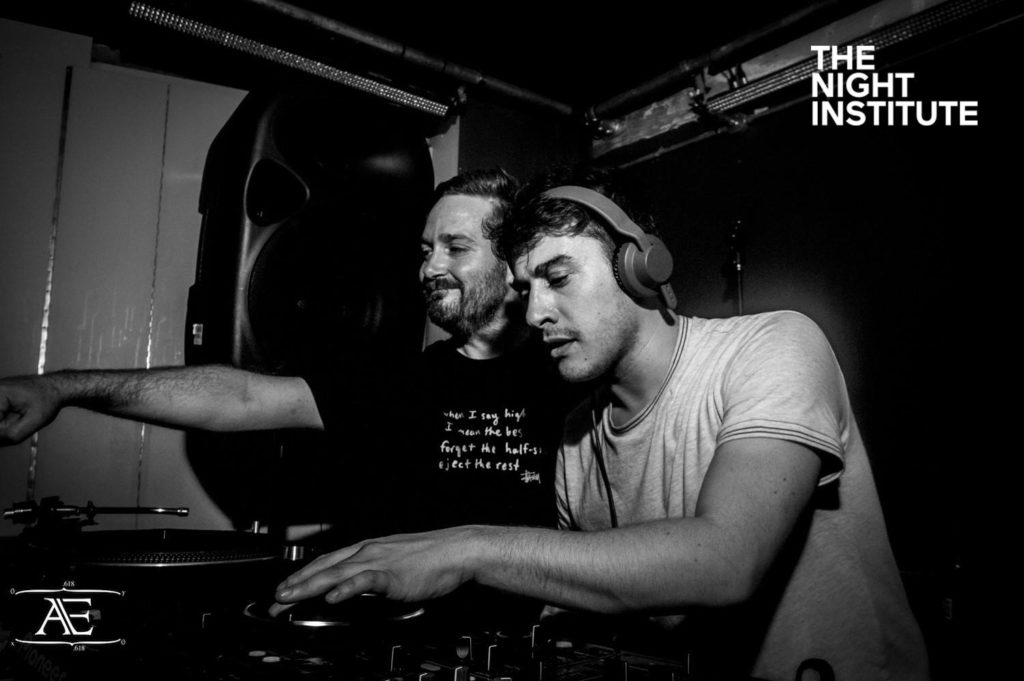 The pair go on to talk about how this commitment didn’t leave them with a lot of time for other projects. Jordan has a number of upcoming releases including one on Huntleys + Palmers as well a busy DJ schedule which often sees him play in different cities around Europe and further afield while Timmy is also busy with his own Extended Play label as well as the Black Bones releases, not to mention his continued involvement with AVA. Both have also been approached to consult on a number of upcoming projects which means that their time will soon be even more precious and scarce.

All of the above reasons are why the lads ultimately decided to call it a day on the weekly parties.

Three and half years is a lot of time to dedicate to one project and there’s no doubt that it paid off for Timmy and Jordan and they should both definitely be very proud of all that they achieved during that time but as they said themselves “you cant focus on one thing for too long”. 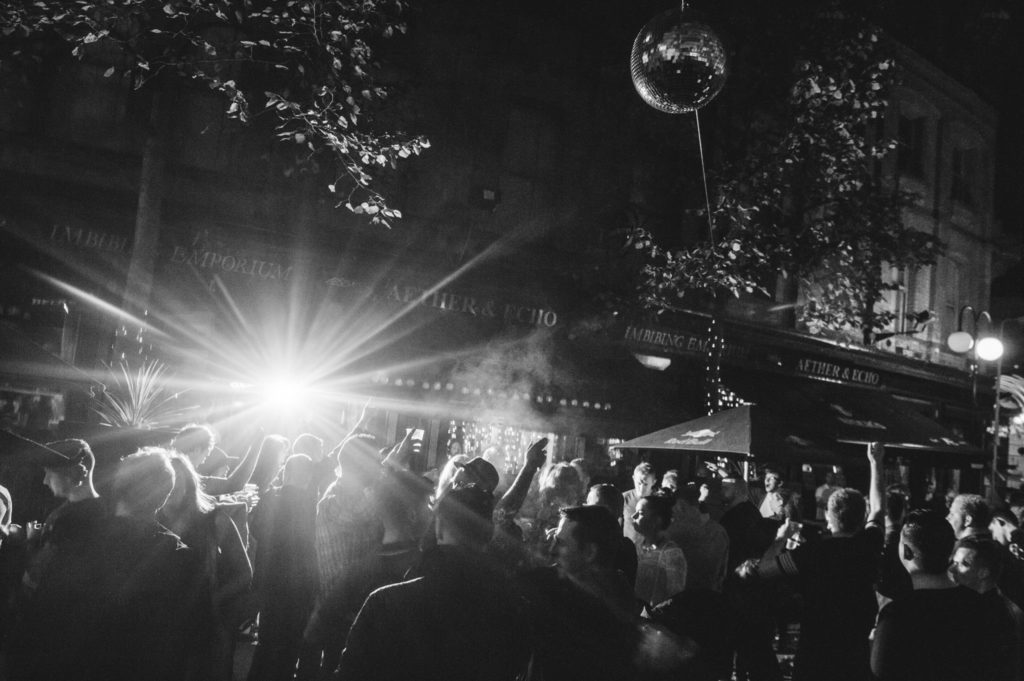 I asked the pair about their plans going forward and what’s next for The Night Institute.

Jordan jokes that Timmy has blocked his number since they decided to wrap up the weeklies before going on to say that they still intend to throw parties, but only when they feel it’s right and to make sure that the reason is for fun and not because they feel like they have to.

Timmy adds that they’ll only be doing a handful each year and they aim to bring back the element of surprise to the night and that they’ll be looking at a number of different locations for the events so as to avoid the repetitive feeling of using the same space over and over.

He goes on to state that ”although it’s great to have a regular base, it can also start to become very Groundhog Day too”. 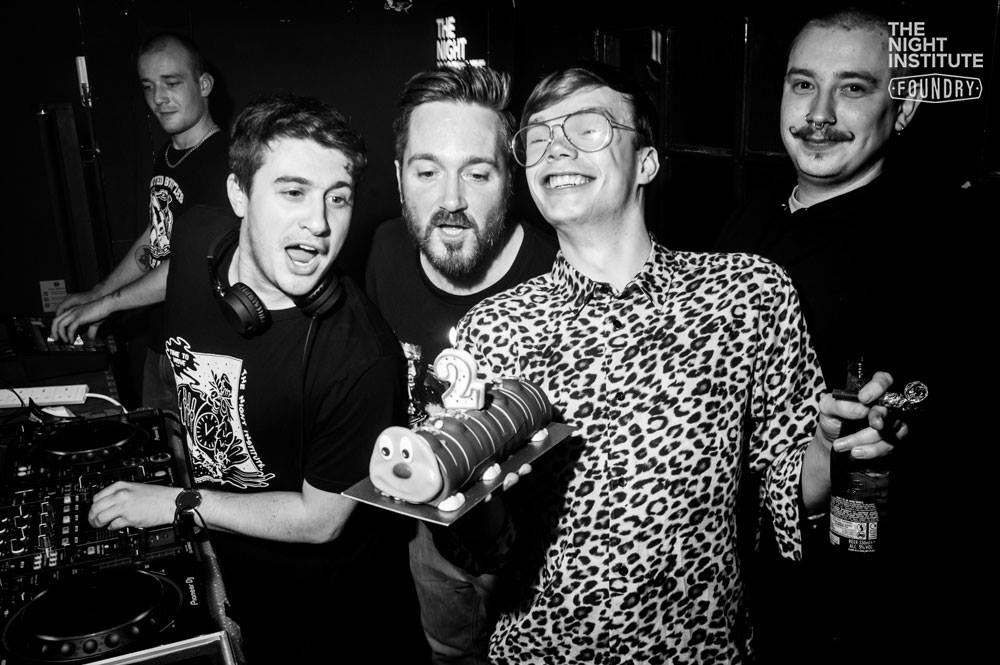 Belfast will be sad to lose The Night Institute as a weekly party but it’s most definitely not the end of the road for the club-night and we expect them to be back bigger and better than ever in the near future.

The last of the weekly parties takes place this Saturday in The Art Department.

Before wrapping up the interview, I gave them the near impossible task of picking out some tracks that they felt helped to define The Night Institute.

It wasn’t easy but here (in no particular order) is what they came back with;