Karl GuestDecember 17, 2018News
Home
News
37
SHARES
ShareTweet
Subscribe
Harrison BDP is coming back to Dublin in the New Year alongside a healthy local lineup curated by Toast.
–
DJ Mag’s ‘Best Breakthrough Producer’ of 2018 is going to be taking the reins at District for the first time during what will be its closing weekend.
It’s been another hectic year for the young producer who’s been headlining venues in cities like Amsterdam, London, Berlin, Tbilisi and Toronto to name but a few. He’s also been busy on the production front with a number of incredible releases on the likes of Piff Records, Lost Palms, Phonica Records and Happiness Theory.
–
Support on the night will come in the form of Toast residents Karl Guest and Adult Store as well as the fast-rising Dublin talent George Feely and Belfast’s Jordan.
–
Over the last five years, Toast has been at the forefront of Dublin’s midweek party scene. Since it’s early days back in The Lost Society to the sheer madness of Opium Rooms and now in the confines of The South William, Toast have been pushing top quality electronic music on a weekly basis. The collective are well-known for their party antics and ability to have a good time so it only made sense that they should take control of the last ever Thursday night show at District 8 before it closes it’s doors for good. 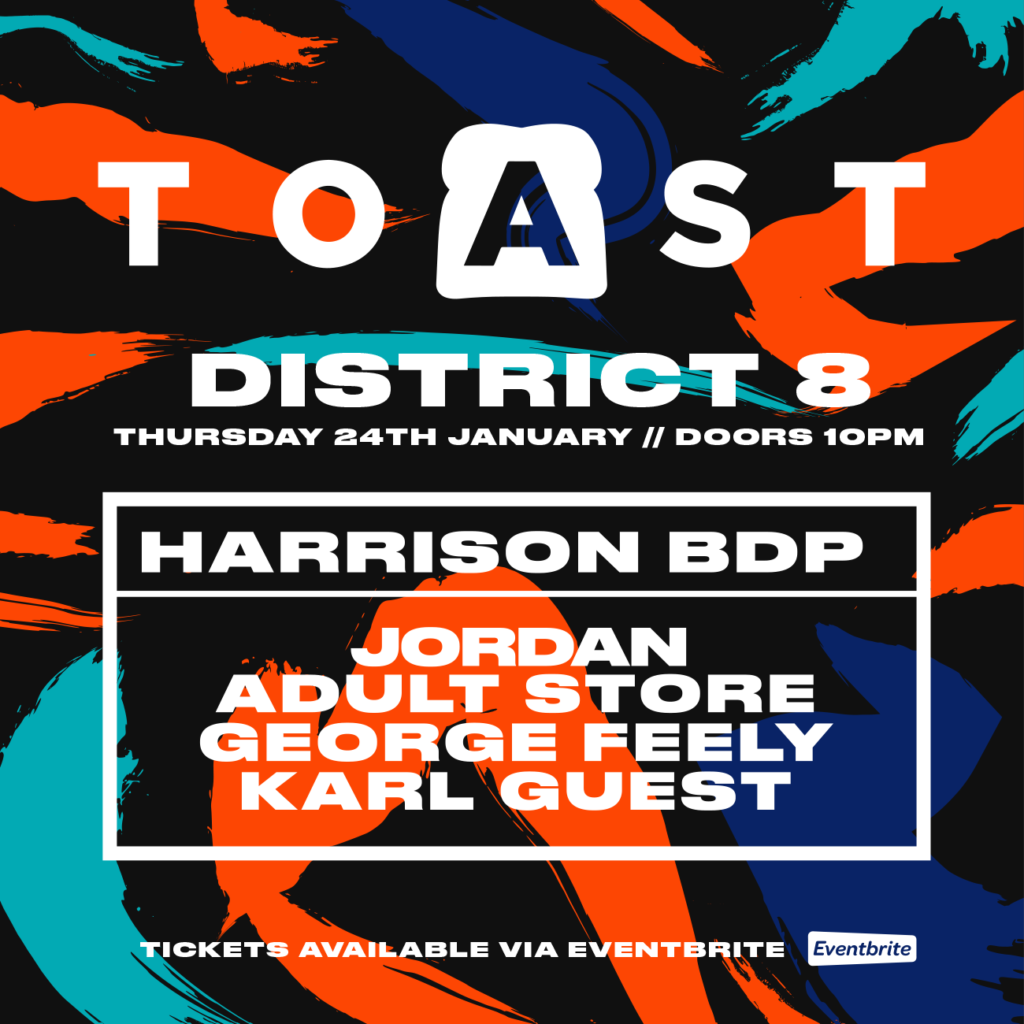 Join the event page here and pick up tickets here.
–