A Trainspotting play is coming to Dublin

Trainspotting has become a cult phenomenon since it’s adaptation from book to film in 1996, especially among fans of electronic music, due to it’s amazing soundtrack which features classic tracks from the likes of Underworld, Leftfield and New Order.

For anyone who’s been living under a rock, the story focuses on drug culture in Edinburgh in the 1980s, and is now set to be brought to life “through a soundscape of 80s dance music, with a live DJ playing pre & post show, the edgy Scottish humour and uncompromising dialogue follows a group of friends as they struggle to survive the Edinburgh heroin scene.”

The play will take place in the Olympia Theatre, with the preview taking place on May 8th 2018, and other show taking place every night until May 12th. 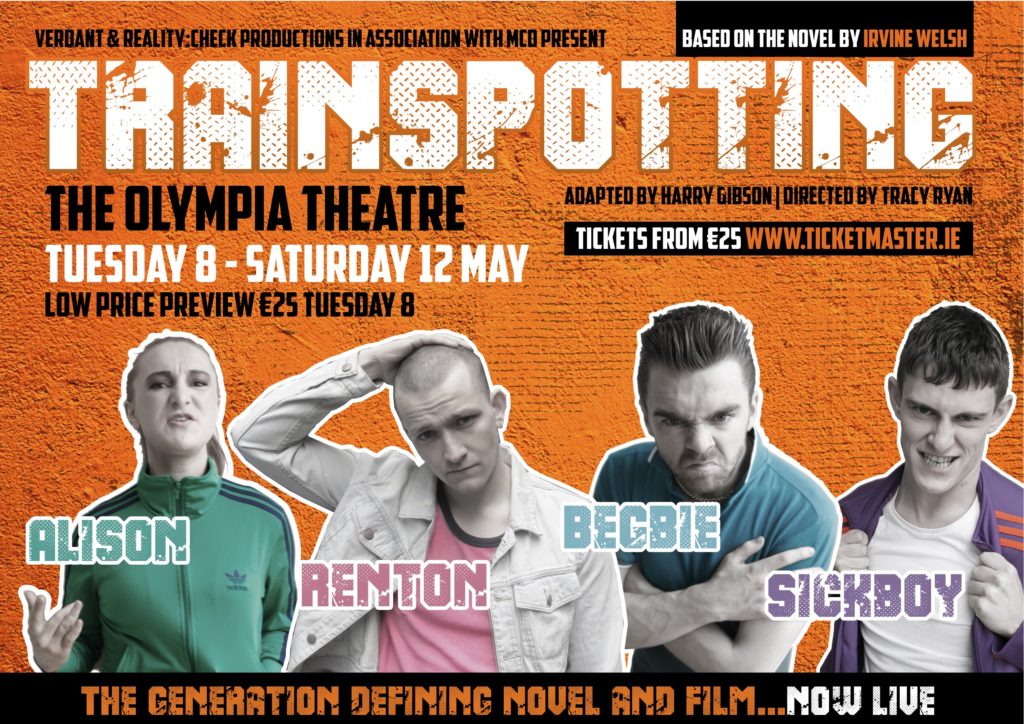