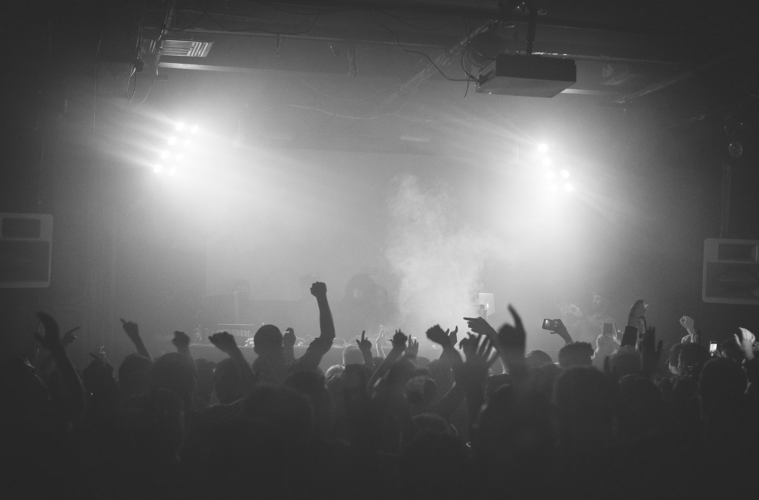 It’s quite well known around the world that the Irish crowd are very boisterous, and like their techno hard and fast. With such a strong passionate love for techno we find it hard to see why this place is over looked.

There are no stigmas, very few techno hipsters, just a crowd that’s up for going wild every weekend.

Bas Mooy – “Just check out the European Championship and see the positivity they brought into the tournament where some other countries’ hooligans were fucking things up again. I guess the Irish just know how to party hard.”

Check out an interview we did with Bas here.

Sunil Sharpe and DeFeKT are the two leading acts coming out of Ireland at the moment for techno. Their alias together Tinfoil has been bringing out some strong releases and they’ve recently started to play live sets making their debut in Dublin.

They’re well known across Europe as both Tinfoil and by their solo alias’. For such a strong techno act to come out of Ireland is amazing and they’ve no problem showing their heritage.

Other acts like Matador, Jon Hussey, Jamie Behan and RSCH 14 to name a few are certainly helping to put the country on the map.

Ireland is not short of young ravers at the moment and is definitely not lacking any young talent.

From young promoters starting their own collectives to holding raves and not to mention the excess amount of upcoming DJs and producers.

The next generation like Paul Jennings, ELLLL, Tommy Holohan, Luke Xander, Nathan Jones, Theologue (Alan Byrne), Hedges (Chris Hayes), Casper Hastings , Rob Kenny and Chris Hanna are just a handful of the raw talent that are seen in Ireland at the moment.

The future of the techno scene looks very bright with these young producers spearheading what’s to come.

Subject is moving into its 10th year anniversary this year and rightly so. Holding parties in all the biggest venues in Dublin from District 8 to Opium Rooms.

They’ve booked some of techno’s biggest names for sell out gigs like Surgeon, Robert Hood/Floorplan, Octave One, Jeff Mills and many other techno luminaries.

Techno & Cans only started a year ago and already has a strong cult following. They strive to book some of the best and heaviest techno acts around. From Clouds to Dax J to Perc it’s clear their ethos is on booking some of the best underground acts and debuting future heavyweights.

They also have a platform to bring young, new DJs a chance to play in one of Ireland’s top clubs, Hangar, with their resident nights attracting as many revellers as act nights.

Nights outside the capital:

Dublin certainly isn’t the only county with a thirst for techno. Nights like SubTech in Limerick who recently brought over Dax J for a sell out gig, Bastardo Electrico in Cork, who are entering into their 14th successive year of throwing parties, DIE in Limerick or RePublik in Waterford who over the last few years have brought over the likes of Ben Klock, KiNK, Slam, Barnt and Rødhad to name a few.

Not to mention local collective parties all over the island who operate and strive without the necessity for a headline act.

Festivals like Life which started off eleven years ago with a predominantly Psytrance feel has evolved with the taste of the crowd, especially over the last six years. Naming a few off this years line up like Jeff Mills, Ben Klock, Blawan and Vril shows the intensity and understanding of the punters appetite.

Likewise with Boxed Off festival, last year saw the likes of Nina Kraviz and Sam Paganini, this year’s line up see’s Dax J, Alan Fitzpatrick, Len Faki and Rødhad take the reigns for what looking certain to be a monstrous day out in October.

BD Festival (formerly Barn Dance) made its name with a line up of local bands and mostly house and electro DJs but the last couple of years has seen it bring over some mammoth big room techno acts. The switch obviously worked and has now culminated in a Forest Stage which is 100 per cent techno-focused that Techno & Cans now curate.

Last but by no means least, Lunasa Festival, a relative newcomer to the scene in only its second year has came back with a meaty line up championing homegrown talent.

In Ireland all clubs must shut by 3 am, after this everyone is on the streets looking for somewhere to go. The Breakfast Club which was held in The Dark Horse Inn and kicked off at 7am once a month brought a unique element to Dublin with special guests like Marcellus Pitmann or Tama Sumo playing into the early afternoon on the Capital’s quays.

Research have been holding some great after parties in a secret city centre space, with even Kerri Chandler showing up to support after his Forbidden Fruit set this June.

The likes of raves out in Bluebell industrial estate, Sound Factory after parties beside the old O’Connell Street Sorting Office and the Guinness storehouse have been keeping it lit. With Ireland’s limited nightclub hours a place for people to go is an absolute necessity and numerous people have stepped up to the plate to deliver quality places for Irish people to continue the party.

A new collective Oktopus are holding a 15 hour byob party in a secret location on July 30.

A lot of clubs and collective that are no more have left a long lasting legacy as a stepping stone for new arrivals on the scene.

The likes of POD which recently has been put up for sale at six million euro has had a huge influence on night clubs still to this day and will continue to do so throughout the years.

The Twisted Pepper basement, Ben Klock’s favourite club to play in, recently closed down in 2015 after being opened in 2008. The clubs had huge names from Jeff Mills to Boddika to Carl Craig, Twisted Pepper wasn’t scared of any booking international acts.

A far more intimate space but certainly one that can be overlooked was Kennedy’s Underground on Westland Row. This 250 capacity concrete basement was something of a cult classic in the early 2010’s with its low ceiling, quality sound system (once the Hertz U Funktion 1 was installed) and no frills approach, if you were interested in quality techno, this was one of your first ports of call after the POD Complex closed in early 2012. High profile acts playing such as KiNK, Joey Beltram, Steve Rachmad, Oscar Mulero, Sigha, Luke Slater, Ivan Smagghe and Cosmin TRG were the focus for unforgettable nights in the now defunct basement.

Earwiggle Records run by Sunil Sharpe has been bringing out heavy pulsating techno tracks since it’s debut release. Featuring artists like AnD, Neil Landstrumm, DeFeKT, Paul Birken and Bleaching Agent to name a few, Earwiggle had no problem getting in the heaviest artists.

Irish Label D1 recordings is most well known for releasing one of the most catchiest dance music tracks ever produced, Fatima Yahama’s ‘What’s A Girl To Do’. Although it was recently signed to Dekmantel Records, D1 was the original owner.

Tivoli threatre, a.k.a District 8, is one of Ireland’s leading techno venues. With promoters like Bodytonic, Subject and Connection holding parties in there week in week out with some of techno’s biggest names and drawing huge crowds in the process, if you needed further proof that techno in Ireland was at its highest point in decades then you need look no further than Francis St. on the weekend.

Last but not least is Irish record label Vision Collector. Holding some great techno parties in obscure venues, Vision Collector strive to push the boundaries of holding gigs in Dublin. From raves in Film Base and Smock Alley Theatre to their upcoming gig in Christ Church Cathedral’s crypt.

They’ve also been releasing some heavy techno EP’s from the likes of Nathan Jones, RSCH 14 and Pineal Navigation.