The Warehouse Project have already announced that they’re going to bid farewell to their infamous Store Street venue in Manchester when the forthcoming season ends with a post published early yesterday. 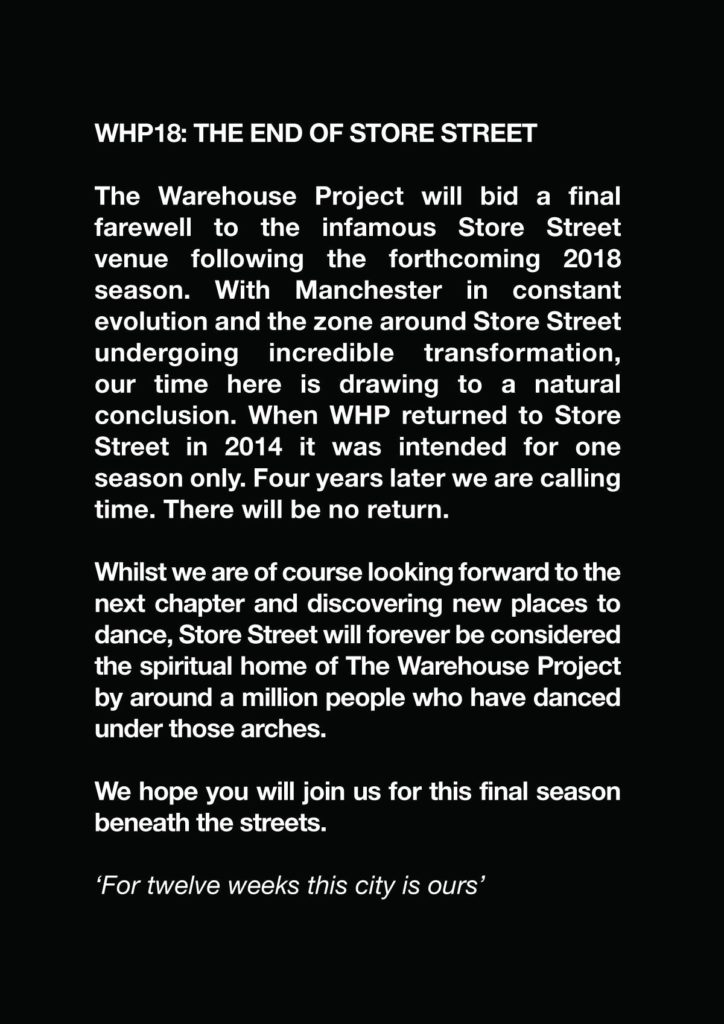 To make everything more exciting, they’re announcing the line up for their final season at the Store Street venue in an effort to say good bye to what they consider as the spiritual home of the seasonal club night project that’s been running since 2006.

It’s played host to names like Carl Cox, Aphex Twin and Armand Van Helden but is well known for nurturing rising acts too, with its final season involving plenty of up-and-coming talent, due to be announced early tomorrow morning at 9AM.

Keep your eyes peeled for the line up, we reckon it’s going to be a good one.