Jeremy Deller presents “Everybody In The Place, An Incomplete History of Britain 1984 – 1992”, a documentary showcasing the importance of rave culture in the UK.

This unusual take on a documentary looks through the history of acid house and its culture in the UK, while it also highlights the importance and effect of it in the UK, both Socially and Politically. Jeremy Deller takes to the classroom, presenting and educating the students on how acid house became a part of the fabric of Britain’s growth over the years and its own origin story. 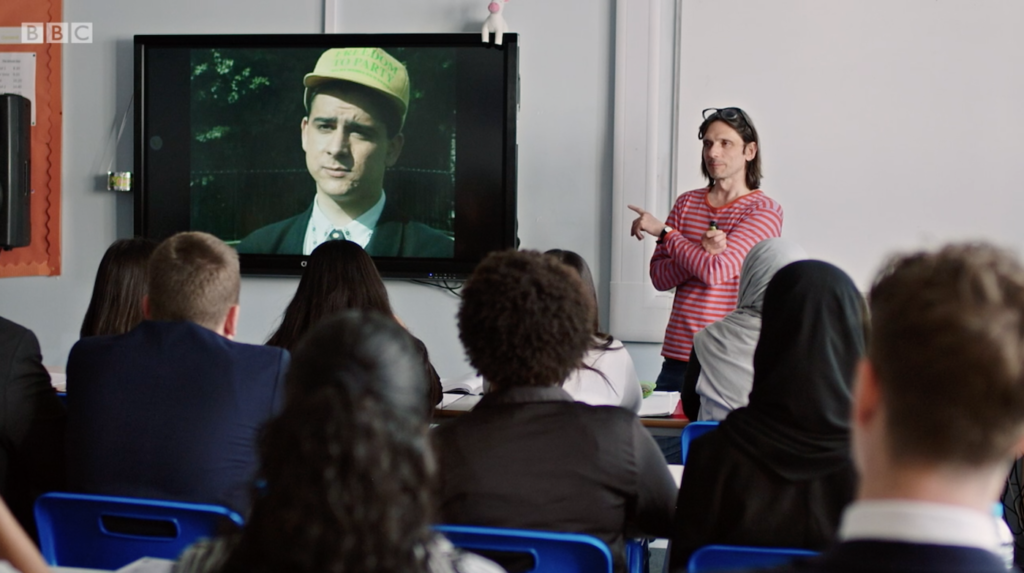 This documentary has been met with very positive reviews which can sometimes be difficult when covering a topic such as the past or the present day rave scene. This unique and fair approach can hopefully make others believe its importance in everyday culture.